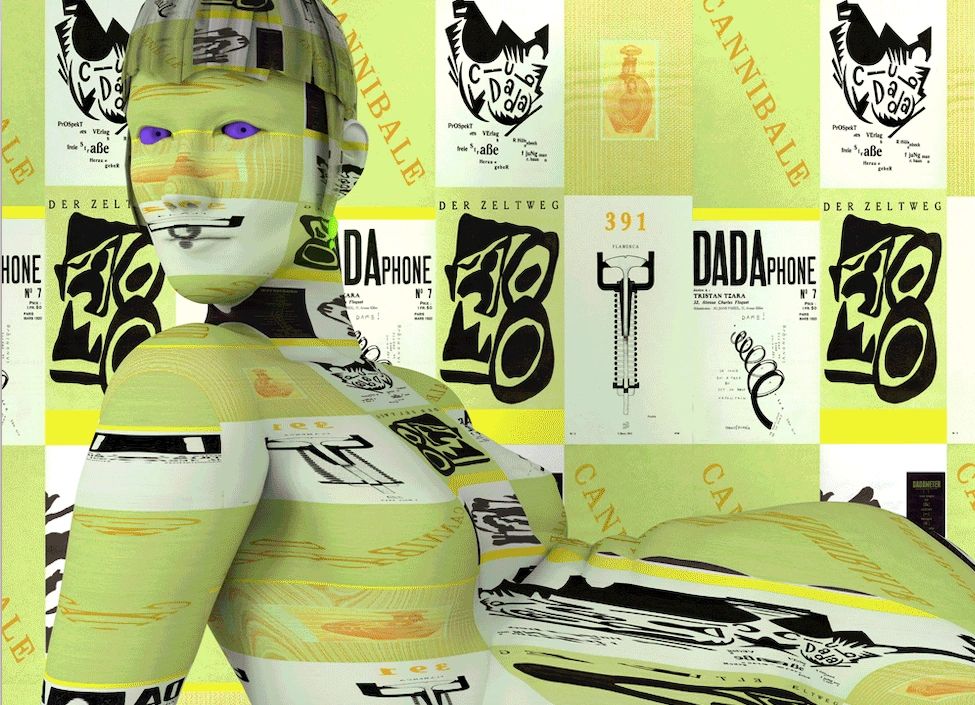 Claudia Hart emerged as part of that generation of 90s intermedia artists in the “identity art” niche, but now updated through the scrim of technology. Her work is about issues of the body, perception, nature collapsing into technology and then back again. Everything is fluid in it including gender. She considers it Cyborg-ish, creating liminal spaces, and is in love with the interface between real and unreal because it is space of contemplation and transformation.

Hart was very early into virtual imaging, using 3D animation to make media installations and projections, then later as they were invented, other forms of VR, AR, and objects using computer-driven production machines, all adapted from the same computer models. She is considered a pioneer in this, taking a feminist position in a world without women when she started 20 years ago, inspired by the French media artists of the 60s.

She lives in both New York and Chicago, and shows with Transfer, bitforms, and Sky Fine Foods galleries.

To support our artists, acquire work, or find out more, please email: